As a result of the final injury inquiry, the CBSA has terminated the subsidy investigation in respect of certain hot rolled carbon steel plate and high-strength low-alloy steel plate originating in or exported from Russia. 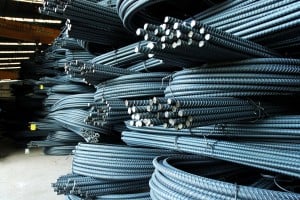 The Canadian International Trade Tribunal is continuing its inquiry into the question of injury to the domestic industry and will make a finding by January 6, 2016.

Bill C-44, which was assented to on 22 June 2017, amended the SIMA. One of the amendments requires the President of the CBSA to terminate an investigation against an individual exporter if the final determination of the margin of dumping or amount of subsidy for that exporter is “insignificant”, defined as less than 2% and 1% of export price, respectively. Although not specifically ruled on by the WTO panel, the inclusion of the de minimis threshold for subsidization is a logical extension of the panel’s finding.

On 29 September 2017, the CBSA issued the results of its review of the final determination in Certain Carbon Steel Welded Pipe, the investigation that was the subject of the WTO ruling. In that review, the CSBA terminated the investigation against two steel companies found to have insignificant margins of dumping in the original final determination, although the anti-dumping duties remained in place against other exporters from Chinese Taipei.

On 3 October 2017, the CBSA terminated the investigation in Certain Silicon Metal against individual exporters from Brazil, Norway and Thailand because their margins of dumping were insignificant or zero.

The possibility of having an investigation terminated and having the burdens associated with the duties removed is a huge incentive for exporters to fully participate in Canadian anti-dumping and countervailing duty investigations.