The global as well as Indian iron & steel industry is surrounded with grave problems. Let us discuss one by one !

The overcapacity in the steel industry has been a big worry since last 4 to 5 years.

Till 2008, before the eruption of meltdown, the industry sentiment was so high as if the industry is going to defy the conventional cyclic phenomenon and there will be no downtrend at all. This environment inspired or rather instigated a lot of steel business houses to go for huge capacity expansion, Brownfield as well as Greenfield, to be able to cater to future big demand.

We all know what happened afterwards and how demand and price manifested almost a free fall. After six or seven years in 2015, industry is still far from normal and yet to find a solution on overcapacity. The global or rather western world meltdown was followed by considerable slowdown in economic activity which naturally resulted in steel demand stagnation.

One will agree that overcapacity coupled with demand stagnation becomes too heavy burden for the industry to move forward ! 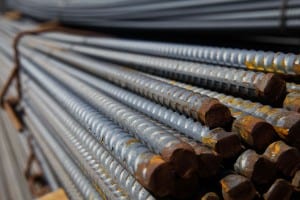 This capacity creation phenomenon was maximum in China.

They have created unbelievable steel making capacity in last decade or so. Yes, they also built huge infrastructure but now since last one or two years, China’s steel appetite seems to have reduced.

Naturally Chinese export component has increased and increased so much to create a perception of threat to iron & steel sector in other countries.

The problems created by such imports have many dimensions.

Firstly, it reduces the sale of local steel mills to the extent of their volume. Secondly and more importantly, if imports are cheap, then it depresses the price curve and hits the realization and bottom line of the local mills too.

This exactly has happened in case of Chinese exports to India and I suppose to many countries.

They have not only spoiled the volumes but also the price. The third angle to this is imports of defectives. In many cases, these defectives are imported at a very low price. Further, in some cases they are also used for prime material applications and further spoil the market.

Indian government has put 20 % safeguard duty of flat steel imports for certain products but the industry felt it was not enough.

Now the government is considering to impose a ‘Minimum Import Price’ for various items in iron & steel sector. This will surely give some comfort to domestic mills and improve the overall industry sentiment !!!