Iron & steel industry are sailing in the same boat

Economic slowdown is a global phenomenon and iron & steel industry are sailing in the same boat. As we all know, more than 50 % of steel is consumed by infrastructure projects and unfortunately this core sector is not moving ahead in many parts of the world.

This naturally affects the steel demand and has a negative impact on capacity utilization. Many Greenfield and brownfield expansion projects are on hold which is badly affecting the bottom line of steel business houses. Even many running mills are operating much below the rated capacity which makes survival a difficult proposition. In India there are additional negative factors such as non-availability of vital inputs like iron ore and coal, problems in land acquisition, environmental issues etc. Needless to mention that Indian steel sector is going through one of its most lean periods. The demand seems to be stagnated and unless the government gives a major push to mega infrastructure projects, the industry future looks bleak. Many analysts argue that this can happen only if a stable government is formed at the centre in the forthcoming general elections.

Of course these issues and factors are very well outside the purview of the industry but at the same time, have a great impact on it. 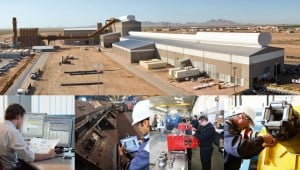 Given the above situation, many steel business houses in India are looking for overseas opportunities in terms of markets or even strategic acquisitions to tap the growing markets.

The conventional export destinations for Indian companies were US and EU but today these markets seem to be stagnated or saturated and new growing regions need to be identified. MENA (Middle East & North Africa) is one such region which is growing faster than most of the regions in the world.

Yes, Middle East economies had become vulnerable along with the developed world meltdown in 2008 but in past 4 to 5 years, they are slowly coming back on track.

The trigger in the Middle East is undoubtedly Saudi Arabia where the government is putting in huge investments for making none less than few industrial cities.

One can only imagine the huge generation of steel demand due to such mega infrastructure projects. Further, most of the experts agree that North Africa is slowly waking up and today’s possibilities can be converted into opportunities if dealt properly.

In my opinion, the situation will ease out by the end of this year and the iron & steel industry will be again surging ahead! Let’s hope for the best but prepare for the worst!