Special steels an important segment within thespan iron & steel sector. It is an old convention that as the society progresses, the usage of flat steel increases than longs. Longs are required for construction purpose and also have application in infrastructure projects.

As the per capita income increases, society starts using more white goods and also other products which use predominantly flat steels. Gradually the ratio of longs vs. flats starts tilting towards flats.

A similar logic applies to special steels. As the society progresses, it starts using more intricate products which need specific metallurgical properties. These can be catered by adding other elements such as manganese, chromium, silicon etc. in small quantities and these steels are categorized as ‘special steels’.

The emerging markets include industries like power, aerospace, white goods, engineering etc. It is assumed that around half of special steels find their usage in auto sector but the remaining are used elsewhere.

Special steels an important segment within the iron & steel sector 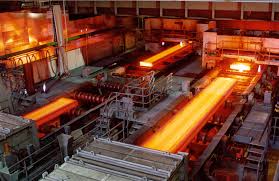 The process of producing special steels is not as simple as producing mild steels. It requires very close control on temperatures, alloying elements, tramp elements and generally requires secondary refining.

Thus the role of a metallurgist is very vital in a steel mill producing special steels.

In India, seats for metallurgical engineering are very less as compared with the other streams and this issue requires immediate attention by the policy makers, especially when we are talking about very ambitious production targets in coming years.

As we all know, Indian government has put an additional duty of 20 % on the imports of flats but no such cushioning is available for longs. A sizable quantity of special steel longs are getting imported every year and the price is far below the prevailing domestic one.

It may be a welcome situation for auto component industry and other special steel users but what about Indian special steel producers? How can they protect their bottom line in such a hostile situation?

They are already operating at very low capacity utilization and most of them are bleeding. According to one industry report many of these companies do not have a long life too.

One may blame the industry itself for creating overcapacity, a major reason for the industry being in such a tight situation but the issue of low pricing still remains unanswered.