ARLINGTON, VA — The Aluminum Association, which represents producers and suppliers to the North American aluminum industry, expressed strong concern today about a recent call for the removal of a long-standing 15 percent tax on primary aluminum exported from China. The call came from the Chinese Non-Ferrous Metals Industry Association and “appealed to all relevant national authorities to eliminate as soon as possible the provisional export tariff on aluminum to achieve integration of domestic and international aluminum markets.” 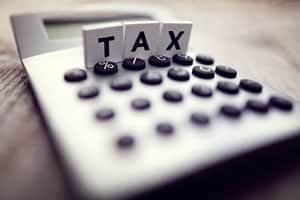 The Chinese government, which relies heavily on imported bauxite, has long applied export taxes on primary aluminum as part of a broader strategy to discourage exports of energy-intensive products and emphasize sustainable, quality growth. The unilateral removal of these taxes could have unforeseen impacts on the balance of trade and the global aluminum market.

In the United States, domestic primary aluminum production is an essential element to American manufacturing. According to an economic analysis by John Dunham & Associates, this segment of the industry is responsible for a minimum of 10,600 jobs and $6 billion in economic output.

This segment could come under additional pressure should China remove the export taxes on primary aluminum. “We strongly encourage the Chinese government to consider both the impact on the global aluminum market as well as the impact on their country’s own sustainability goals before heeding any call to remove export taxes on primary aluminum,” said Aluminum Association President & CEO Heidi Brock.  “During a time when China is making global commitments to reduce greenhouse gas emissions, it would be a serious mistake to change course on this long-standing policy.”

The carbon footprint for primary aluminum produced in North America has declined by nearly 40 percent since 1995, while aluminum produced in China is still among the most carbon intensive in the world.  Aluminum smelters in China emit 5% of China’s total CO2e emissions. If these smelters were a stand-alone country, they would be the 16th highest contributor to global warming. Any policy which would encourage even more growth in these carbon intensive smelters must be reconsidered.

Already, the share of aluminum imported into the United States is growing at a rapid pace. According to Aluminum Association data, from 2012 through 2014, U.S. imports of semi-fabricated aluminum products (semis) from China increased 115 percent, growing China’s share from roughly 14 percent to nearly 28 percent over that period.

Imports of Chinese semis totaled 675 million pounds year-to-date, an increase of 75 percent over the same period in 2014.  The increase in volume has driven up China’s market share to account for nearly 36 percent of all aluminum semis imported through June 2015, up from 26 percent last year.  To put this in perspective, total U.S. imports of semis from all countries outside of China are up roughly 11 percent year to date. The Aluminum Association has recently expressed concerns about misclassified metal coming out of China as well as the removal of a long-time duty on aluminum rod and bar. The Aluminum Association supports a level playing field where all global aluminum producers can compete fairly.

The North American aluminum industry will continue to voice these concerns to relevant authorities in the United States and globally.

The Aluminum Association represents U.S. and foreign-based companies and their suppliers throughout the value chain, from primary production to value added products to recycling.