The present situation in the global iron & steel sector looks bleak and the future does not look bright, at least for next two or three years !

As we all know, the biggest influencing factor on steel industry fortunes is China. It produces around 700 MT per year, consumes around 600 MT and exports around 100 MT.  This export figure is more than (or about to be) the production figure of any other country in the world. In last one or two years China’s economic wheel has slowed down and the Chinese steel sector has started feeling the pinch. The process of shutting down nonviable and technologically backward facilities is going on but the economic slowdown seems to be faster. This is the reason Chinese exports are continuously rising and this is causing a big concern to the steel sector in all corners of the globe ! Yes, some countries have already imposed anti dumping duties on Chinese material but this cannot be a long term solution.

The present situation in the global iron & steel

The industry in the regions like Middle East, EU is already depressed and has become further vulnerable by this. Us economy showed some improvement in second half of last year but it again slowed down in Q1 of 2015. 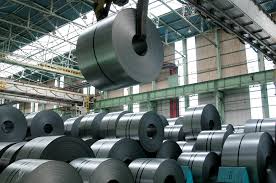 Russia’s story is slightly different. It has undergone a very bad phase in last 2/3 years. Many mega projects were halted and the industry was practically standstill. The steel sector further suffered due to non-availability of vital raw materials like iron ore and coal. The new government, which came in power mid of last year, promised an economic turnaround.

The sudden crash in international oil prices also helped countries like Russia which consume lot of foreign currency in meeting their petroleum needs. The new regime has completed its first year but at ground level there seems to be no change.

Many new mega projects have been announced but still there is no rise in steel consumption yet. I do understand that Russian economy, being so big, cannot be turned around in an year’s time and at this stage, industry is looking for signs and symptoms, not for the actual change. Those are also missing.

In real terms the fortune of steel industry lies outside the industry. On one hand, it depends on steel consumption which in turn depends on general economy and on the other hand it also depends on the status of mining sector. One can only hope that in coming months, these two factor will become favorable to the growth of steel industry.