Many steel producing companies are reducing the manpower so as to improve the bottom line to some extent, some have gone for a long maintenance break and few have permanently put down the shutters.

Why has this situation emerged? Actually in 2008, the world had already suffered a setback. The non-prime crisis in financial markets did hit the steel markets too and prices of raw materials, semi finished and finished steels fell sharply. Many companies had gone sick and few had performed vanishing trick too. But sorry to say that no lessons are still learnt. Entrepreneurship is measured in terms of the ability to take extra risk and this pushed the industry to further enhance its production capacity and fight a cutting edge competition. Meanwhile Chinese steel appetite started reducing but the production levels had already gone quite high.

They had option either to close down or to export. They obviously chose the second option. This was enough to tilt the global demand supply balance which was already delicately poised. This started affecting the prices and took out the viability from the entire process chain. Thus we can see that though the raw material prices are quite soft, there is hardly any profitability at any stage of steel making. As such, the global steel industry is shrinking and one needs to stick to his core activity! 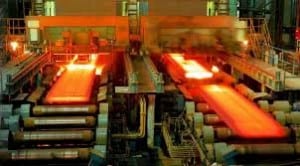 The situation in India is quite in line with the global one but has few advantages.

Firstly, the Indian government has put 20 % extra import duty on all flat steels. Longs are not covered but one can understand that because not much of long products are being imported.

Secondly, Indian markets may be stagnated at this stage but it is understood that many mega projects are about to kick off and this is sure to give a big boost to steel demand in the country.

Thirdly, with no other economy in the world doing as good as Indian, India is almost perceived as the ‘growth engine’ of the world economy.

This can surely give a big advantage in terms of attracting overseas companies as well as investments. As on now the picture is quite hazy and will become somewhat clear by the year end.