The steel and metallurgical industry is changing

The world is changing and that too at a very fast pace. The rate of change is also increasing. This means that the scientific and technological advancements happened in last 5 to 10 years are more than those happened in last 100 years or so. The steel and metallurgical industry is not an exception to it.

Today, a lot of basic metallurgical research is being carried out. New alloys are being developed for specific applications under specific conditions. The changes in the perception of a customer industry like automobile forced steel industry to develop new light weight steels, micro alloyed steels etc that are today extensively produced and used.

Metallurgists are trying to develop specific steels which can be used for building human colonies on the moon in future. Moon is supposed to have a vast mineral resources and the research has already started on how to tap these minerals for the betterment of human race. 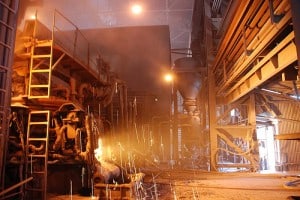 If we look back in the history, India has a great metallurgical heritage. The process of separation of metals like gold, silver, copper from their minerals was known to Indian much earlier that the rest of the world.

The iron pillar in Delhi, which has not rusted for so many centuries, is a glaring example of Indian metallurgical expertise but unfortunately today, we have lost that edge.

Except handful ones, no Indian steel companies have a ‘Research & Development’ department.

There are heaps of iron ore fines lying outside various mines but we are not able to use or dispose them off. We are looking for Chinese or European technologies but are not able to develop one ourselves!

History tells us that those societies which invest in scientific research today will rule the world tomorrow.

India had that edge in pre historic times but today they are surely one of the under developed countries as far as metallurgical research is concerned. With such approach, we do not need an astrologer to tell our future, do we?