The Impact of Increasing Infrastructure Investment

Infrastructure investment is one of the key foundations for a strong economy. In the last one year, there has been growing talk about the need to improve U.S. infrastructure. In fact, the topic was a major area of focus during the 2016 elections and still remains a major priority for the current administration. While the discussions have been quite consistent, especially regarding the need for a broad infrastructure bill, there’s still a lot of work to be done to address US infrastructure needs.

There is no doubt that the condition of roads, airports, water treatment plants, bridges and other physical assets have a great impact on an economy’s ability to function and achieve sustainable growth. Two-thirds of roads across the U.S. are in poor condition and a quarter of bridges need major repairs. In short, the cracks in America’s infrastructure are glaring.

Why exactly should the U.S invest in infrastructure now?

It will Improve the Economy Now and in The Future

Opportunities to Finance Infrastructure Are Available

While investment in public infrastructure if falling, there are stable investment opportunities provided both by private-public sector partnerships as well as the massive investment power that states have in the hands, of course with proper facilitation. States often pay for building roads, ports schools, airports and other vital infrastructure largely through debt, which is the most effective practice for financing infrastructure development.

Today, state and local debt is well below pre-recession levels. States are enjoying historically low-interest rates that make borrowing favorable. However, the Federal Reserve is already raising interest rates, meaning that states may have a smaller window of opportunity to consider long-term investments. There are other ways to raise money for investments through other sources like tolls, user fees and well as federal grants to meet US infrastructure needs.

States are in a Pretty Good Position to Invest in Infrastructure

Experts agree that state and local governments are the primary drivers of the country’s infrastructure. Additionally, most states are a relatively strong position to invest in infrastructure. While state revenues may have slowed down in the past one year, the recovery over the last few years has helped improve state revenues.

However, the biggest challenge in implementing US infrastructure investment plans is that revenues are not enough to adequately cover other vital costs like healthcare and education. The country may have to consider increasing taxes to preserve public capital that is critical to ensuring long-term, sustainable economic growth while also covering other needs.

The Private Sector Has a Role to Play

Now more than ever, the government needs to shift major investments like infrastructure from its coffers to the private sector. Public-private partnerships are playing a bigger role in investment globally, but a lot has to be done to ensure favorable enterprise regulations, user charges and political consensus that often hinder full investment implementation.

When effective, public-private partnerships can greatly reduce the implementation time of large infrastructure projects. Some good examples across the country include the I-595 highway in Florida, the Long Beach Courthouse in California and the expansion of Seagirt Maritime Terminal in Baltimore.

On top of the economic benefits, increasing investment in public infrastructure can improve the quality of life, increase opportunities and even have a positive impact on the environment.

While US infrastructure needs will continue growing, it’s important to understand that spending more on physical infrastructure alone is not enough to achieve higher growth.

Both the federal and state governments have to encourage innovation in other critical sectors such as the steel industry that is the core driver of the construction industry.

According to experts at MSI, a leading metal fabrication and steel and aluminum supplier, spending proposals must build in plans that look at different ways that US infrastructure investment will encourage growth in other sectors.

The Process of Stainless Steel Supplying and Manufacturing 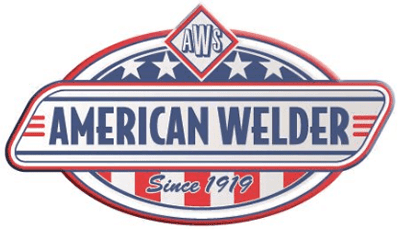